As told by David Swidler, President

Our rich history goes back over a century

For over one hundred years, Kingsway has serviced homes and businesses throughout the New York City area. We can trace our history back five generations, to 1917. And, like so many multi-generation family businesses, our story begins in Eastern Europe.

Life was hard in the early 1900’s and families throughout Europe were seeking better lives in the United States. My great-great grandparents immigrated to the United States in approximately 1902-1903, coming through Ellis Island and settling on the Lower East Side.​

For over one hundred years, Kingsway has serviced homes and businesses throughout the New York City area. We can trace our history back five generations, to 1917. And, like so many multi-generation family businesses, our story begins in Eastern Europe.

Most rug cleaning companies in the early 1900’s were just like this. Small businesses, often owned by immigrant families, that serviced customers right in the neighborhood. And, like many industries, the rug cleaners formed local industry associations, including the New York Rug Cleaners Institute, which we are still a member of today.

United and KINGSWAY both joined the New York Rug Cleaners Institute in an effort to network within the industry, learn more about the innovation of rug cleaning methodology and grow their businesses. There were dozens of small rug cleaning plants throughout New York City at the time, and this group facilitated a sense of familiarity that would help our company grow to what we’ve become today.

Isaac’s son Howard joined his father at Kingsway in 1949. And, in his first order of business…he met Shirley Eisenberg, daughter of Jerry, at a New York Rug Cleaners Institute holiday party! After a courtship that lasted several years, my grandparents, Howard and Shirley, were married in 1951. Howard continued to learn the business and would soon be running KINGSWAY (and, competing against his father in-law). Talk about awkward family dinner conversations…!

Howard bought his first company in 1955 from another New York Rug Cleaners Institute member with no family member to continue their company. It was a five-year payout at a time when buyers often failed to meet their payment obligations after the first year. So, imagine the surprise of the retired owner when, year after year, he kept receiving his payments. Howard built a reputation throughout the industry as the best buyer for small rug cleaning businesses looking to retire, and he built KINGSWAY for decades on that reputation of paying when few others did.

In 1960, Jerry retired, and Howard (who else?) bought United. After a decade of continued growth and further industry consolidation, in 1970, Long Island Carpet Cleaners was acquired and became the prominent brand among the KINGSWAY companies. In 1980, Howard’s son Barry joined the business, becoming the fourth generation. Howard retired in 1988 and Barry, my father, ran the business for the next 25 years.

I joined my father in the business in April, 2014. My grandfather had been in declining health in the years leading up to my decision. For the first six weeks of my new career, my nightly commute home included a phone call to share my experience and learn from his. He passed away in May, 2014, and I know he was extremely proud to have watched the company he helped build extend to a fifth generation.

In 2019, we were approached by Brian Kornet of Fabra Cleen. Brian and my father have been friends since the early 1980’s, so they had discussed a possible merger many times over the years. It was obvious that this was the right time for our companies to combine. Brian and his nephew, Lorne Greenberg, have quickly become an integral part of our KINGSWAY team in just a few short months, and we are looking forward to a bright future of continuing to provide the excellent service that we’ve offered our customers for more than 100 years.

We strive to have customers for life

Your complete satisfaction is our ultimate goal!

WE RESPECT OUR CLIENTS

We treat our clients and their property with care and respect. We know that your time is valuable; therefore we make a point of being on time for our appointments. We treat your property with extreme care. We are obsessive about properly masking and protecting.

Our clients have confidence that we will never underbid and cut corners or overbid and pad our pockets. With KINGSWAY, you can always count on fair and honest, competitively priced rates for the highest quality craftsmanship.

Get a free estimate

Our family of companies

Our family of brands has grown over the years 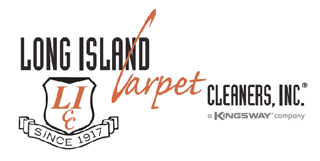 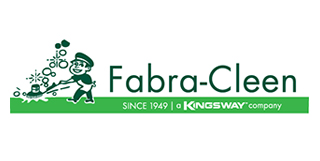 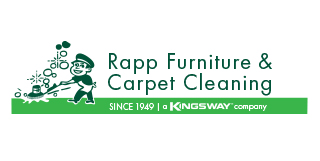 What our customers say...

Rated highly for: Quality, Punctuality, Responsiveness. The work that they did was excellent. The customer service outstanding. - Jim Adelson (via Google)